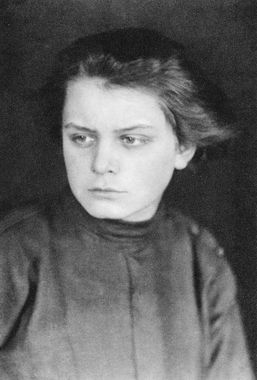 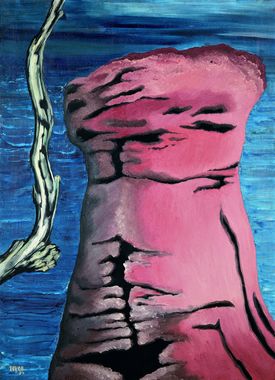 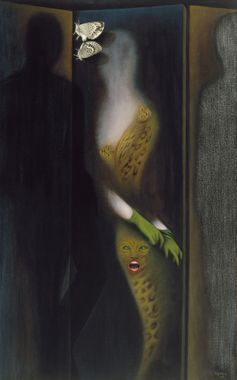 TOYEN stands out among the strong women who worked at the heart of Surrealism. The most important Czech woman artist of the twentieth century was a pioneer – in her home city of Prague as well as in Parisian exile. Marie Čermínová (1902–1980) chose her pseudonym, derived from the French »citoyen« (citizen), early on. A lifelong pusher of limits, she challenged preconceived stereotypes in both her art and her life, whether with regard to common gender roles, prevailing styles, themes or techniques. In the process, she created an oeuvre that was as fascinating as it was diverse, unperturbed by early successes or later oblivion. Her life’s work occupies a unique position in the male-dominated Czech avant-garde art scene as well as in international Surrealism and art up to the 1970s. André Breton celebrated the Surrealist for her moving paintings and graphic work, which she steadfastly pursued between Prague, the »magical capital of Europe«, and her exile in Paris. TOYEN’s images, as poetic as they are provocative, oscillate between reality and imagination, the seductive and the cryptic, and make a deep impression on the memory. They are a revelation. With TOYEN, the Hamburger Kunsthalle is now devoting the first exhibition ever in Germany to this outstanding and influential twentieth-century Czech artist.

The development of the oeuvre

TOYEN already held an important position within the Czechoslovakian avant-garde in the early 1920s. During working stays in Paris, she anticipated with her technical experiments the Informel style of painting of the 1950s. In underscoring the significance of revolt, dream, eroticism and poetry, TOYEN was closely aligned with Surrealism as well, and in 1934 she was a founding member of the group of Surrealist artists in former Czechoslovakia. Her personal acquaintance with André Breton, who would describe her as “mon amie entre les femmes”, and other leading Surrealists in Paris in 1935, including Max Ernst, Yves Tanguy, Benjamin Péret, Salvador Dalí, Man Ray and others, encouraged TOYEN on her artistic path and established her lifelong affinity with the group.

In 1939, when the Prague Surrealists were driven underground by the “protectorate laws” of the German occupying power, TOYEN produced impressive cycles of drawings that evoked the sensory impressions of hearing, seeing, and feeling in a frightening, isolated world. After the Communists took power in Prague in early 1948, TOYEN emigrated to Paris. Due to political developments in her homeland, she would never return, but continued to work in Paris at the heart of the Surrealist group. She persisted until the end of her life in seeking creative exchanges with the younger generation of painters and poets of the movement.

Although TOYEN created an extensive oeuvre of paintings and drawings during her sixty-year career, working into old age, although she took a radical artistic approach and was pioneering in her reflections on the role of women and her own eroticism; although she invented new motifs and innovative procedures in drawing, collage and painting that enriched Surrealism in a singular fashion, she nonetheless fell into oblivion during the last twenty years of her life and died unnoticed in Paris in 1980.

The Hamburger Kunsthalle explores TOYEN from today’s perspective, because the existential issues she personally experienced and addressed in her art with regard to freedom and in terms of social, political, sexual, and artistic identity and the testing of socially prescribed boundaries are particularly topical in our present day.

The first monographic presentation devoted to the artist features more than 300 exhibits from all creative phases, including some 120 paintings as well as drawings, illustrations and prints, collages, illustrated books and a number of personal documents and photographs that allow us to relive her extraordinary life against the backdrop of historical events. Her boundary-shifting combinations of different media become evident here, for example painting and collage, poetry and illustration, fine and applied art.

The show traces TOYEN’s artistic career and personal life as well as the influences of political events and different cultural realms in chronological order, providing in-depth insights into individual artistic phases. Recurring themes such as eroticism, veiling, humour and alchemy form their own thematic islands. 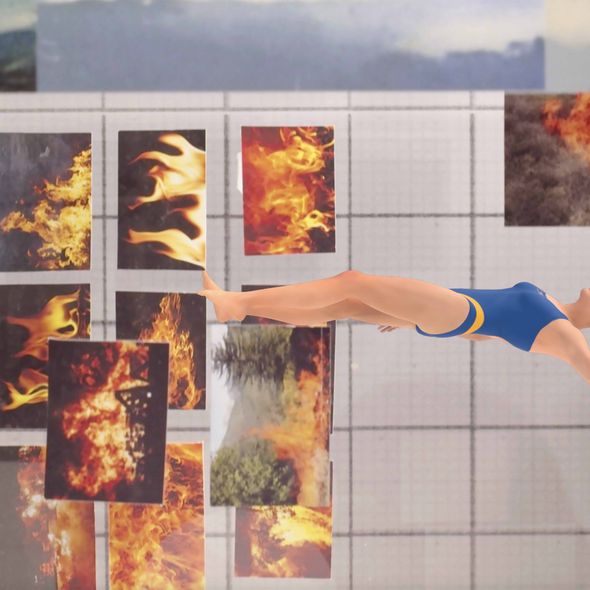