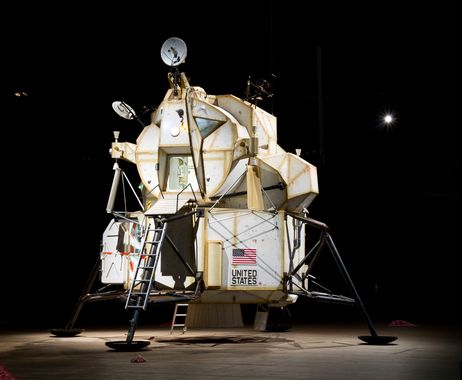 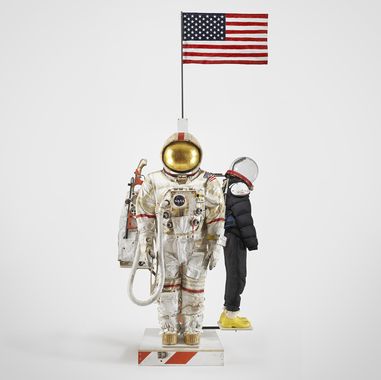 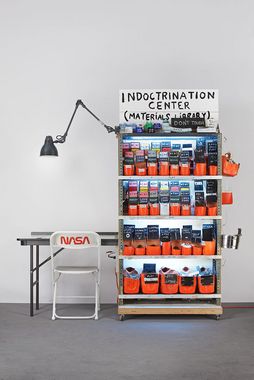 In Space Program: Rare Earths, Sachs’s astronauts head to VESTA, the brightest and closest asteroid to Earth, with one goal: to harvest the protoplanet’s rare earth minerals, needed to perpetuate Earth’s addiction to technology. Sachs and his crew have engineered all that is necessary for survival from plywood, foam core, screws, hot glue, and various other tools of their trade.

Sachs will transform the Deichtorhallen’s impressive Hall of Contemporary Art, utilizing over 3,000 square meters of gallery space to create an interactive landscape featuring original sculptures and bricolage works. In the course of the exhibition, Sachs and his studio team will activate the sculptures through performance demonstrations of protocol and procedure, including scientific exploration and mineral extraction on Vesta’s surface, food delivery, entertainment, human waste disposal, and the ritual of the Japanese tea ceremony.

Visitors to the museum will be invited to undergo the indoctrination process, whereby proving their worth through a series of tasks and questions they may earn the right to participate in the installation as a member of Sachs’s team, witnessing iconic elements from past missions, including the Landing Excursion Module (LEM) and Mission Control Center, as well as new installations and a live demonstration of the program’s flight plan. Once indoctrinated, supplicants will be encouraged to submit to the Ritual of Transubstantiation. By separating themselves from their mobile devices, they will provide vital contributions to Sachs’s study of our mental interconnectivity, addiction to technology, and successful harvest of The Abyss.

Tom Sachs: »We go to other worlds not because we’ve messed up this planet and are looking for a new home, but to better understand our resources here on Earth. We are all interconnected telepathically through our hand held devices. These devices depend on rare earth elements. We make more phones than the resources of planet Earth can provide. Vesta, with its differentiated core, offers unique possibilities for surface mining: gold, platinum, and palladium we need to fulfill our wants.«

With each new mission to space, Sachs explores a new facet of his craft, and the mission to Vesta is no exception. Space Program: Rare Earths features many new works by Sachs, including Transubstantiation (2020–21), Vehicle Assembly Building (2021), and an immersive MRI machine.

Throughout all his explorations of space—the moon at Gagosian in 2007, Mars at the Park Avenue Armory in 2012, and Jupiter’s icy moon Europa at the Yerba Buena Center for the Arts in 2016—the journey is powered equally by scientific exploration and bricolage. In this age of instant gratification, Sachs’s central focus is his hallmark craft of and obsession with showing the evidence of human construction. Sachs describes the sculptures in this exhibition as objects of love which honor the traditions of which we are all a part, supporting the rituals of studio practice, all things analog, and obsession with the handmade. By emphasizing the necessity of the human hand, he reminds viewers of the work involved, leaving evidence of pencil marks, glue drips, and exposed welding. With Space Program: Rare Earths, Sachs continues to challenge aspects of modern creativity that relate to consumption, production, and the end of life of the things we buy.

Sachs’s genre-defying mixed-media sculptures, often recreations of modern icons using everyday materials, show all of the work that goes into producing an object—a reversal of modernization’s trend toward products with cleaner, simpler, and more perfect edges. Sachs’s sculptures are conspicuously handmade, lovingly cobbled together from plywood, resin, steel, and ceramic. The scars and imperfections in the sculptures tell the story of how they came into being and remove it from the realm of miraculous conception. His studio team of ten functions like a teaching hospital or cult, that worships plywood and an ethos of transparency.

Sachs’s work has been included in many exhibitions in the United States and abroad, and is in the collections of the Solomon R. Guggenheim Museum, the Whitney Museum of American Art, the Museum of Modern Art in New York, the Centre Georges Pompidou in Paris, the Metropolitan Museum of Art in New York, the San Francisco Museum of Modern Art, and the Astrup Fearnley Museum of Modern Art in Oslo. Sachs has had major solo exhibitions at the Nasher Sculpture Center in Dallas (2017), the Brooklyn Museum (2016), the Noguchi Museum in New York (2016), the Contemporary Austin (2015), the Park Avenue Armory in New York (2012), the Aldrich Contemporary Art Museum in Ridgefield, Connecticut (2009), Fondazione Prada in Milan (2006), the Deutsche Guggenheim in Berlin, and SITE Santa Fe (1999). Sachs lives and works in New York. 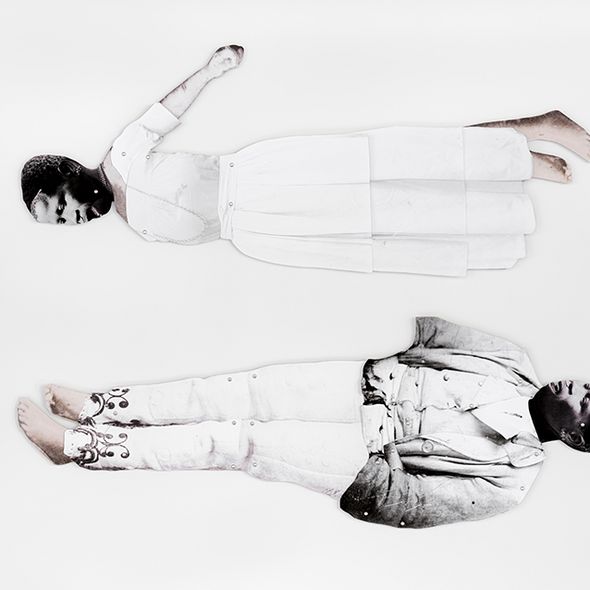